SWCDs are local units of government that develop, manage, and direct natural resource programs at the local level. They work in both urban and rural settings, with landowners and other land managers, to carry out a program for the conservation, wise use, and sustainable development of soil, water, and related resources. The Homer District is one of 12 soil and water conservation districts in Alaska.

One crucial niche districts fill is that of providing soil and water conservation services to owners of private lands—from individuals of small parcels to Native organizations owning thousands of acres. Helping landowners learn about and manage their lands and waters, whether for forestry, agriculture, recreation, or other uses, is key to economic sustainability and local quality of life.

To help landowners, Districts often work with the USDA Natural Resources Conservation Service (NRCS) on “conservation plans” for individual “cooperators.” Some of the conservation practices laid out in these plans are eligible for federal cost-share through the NRCS. Districts can help landowners to compile and organize resource information necessary for completing cost-share applications and fulfilling requirements.

A bit of Alaska history

Districts have been around since before Alaska was a state. Alaska's conservation districts were established after the Territory of Alaska passed legislation in 1947 that authorized their formation. Districts are legal subdivisions of the Alaska Department of Natural Resources and are authorized under Alaska State Statute 41.10. But they are also grassroots organizations and are run by a volunteer board of local “District Supervisors.” In Alaska, Supervisors serve 3-year staggered terms; generally, two or three of the five supervisors are up for election each fall.

A bit of US history

In the 1930s—the “Dirty Thirties—intensive farming on fragile lands during a period of drought had created massive amounts of soil erosion. High winds from the Midwest and the Great Plains carried enormous black clouds of dust all the way to Washington, D.C. Congress recognized the need to protect highly erodible soils, and in 1935 created the Soil Conservation Service (now USDA's Natural Resources Conservation Service). But Congress also recognized that local support and a grassroots effort were necessary to get soil conservation practices “on the ground.” In 1937, Congress developed a Standard Soil Conservation District law for consideration by each of the states. Along with a letter from President Roosevelt, this model enabling act was sent to each state (or territory) governor, suggesting that farmers and ranchers be granted the authority to establish districts specifically for conserving soil and water resources. By the late 1940s, all states had adopted laws implementing the Standard Soil Conservation District Law. Over the years, soil and water conservation districts expanded their focus beyond agriculture to provide assistance related to other land uses, like forestry, watershed protection, and recreation. Districts also expanded their clientele to include not only private landowners, but also other units of government—such as cities, and boroughs—as well as Native organizations and nonprofit groups, such as Land Trusts, recreation groups, and conservation organizations.

Soil and water conservation districts connect local landowners with federal and state agencies—and other appropriate entities—in a formalized and very long-established working partnership. Because of their unique history, positions and roles, Districts are unlike any other entity in local, state, or federal government. 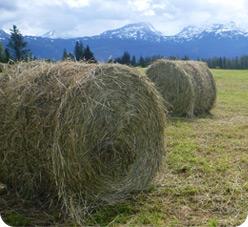